Pata Yamaha with Brixx WorldSBK’s Toprak Razgatlıoğlu crashed from the lead of Race 1 at the tenth round of the 2022 FIM Superbike World Championship at Circuito San Juan Villicum in Argentina.

Andrea Locatelli led the team home in P8, clawing back time in the second half of the race to improve following a difficult qualifying that saw him start from 11th place on the grid.

Razgatlıoğlu set another record-breaking pole position time of 1'36.216, completely obliterating the previous new record set by himself just a couple of hours earlier in Free Practice 3 (1'37.216). 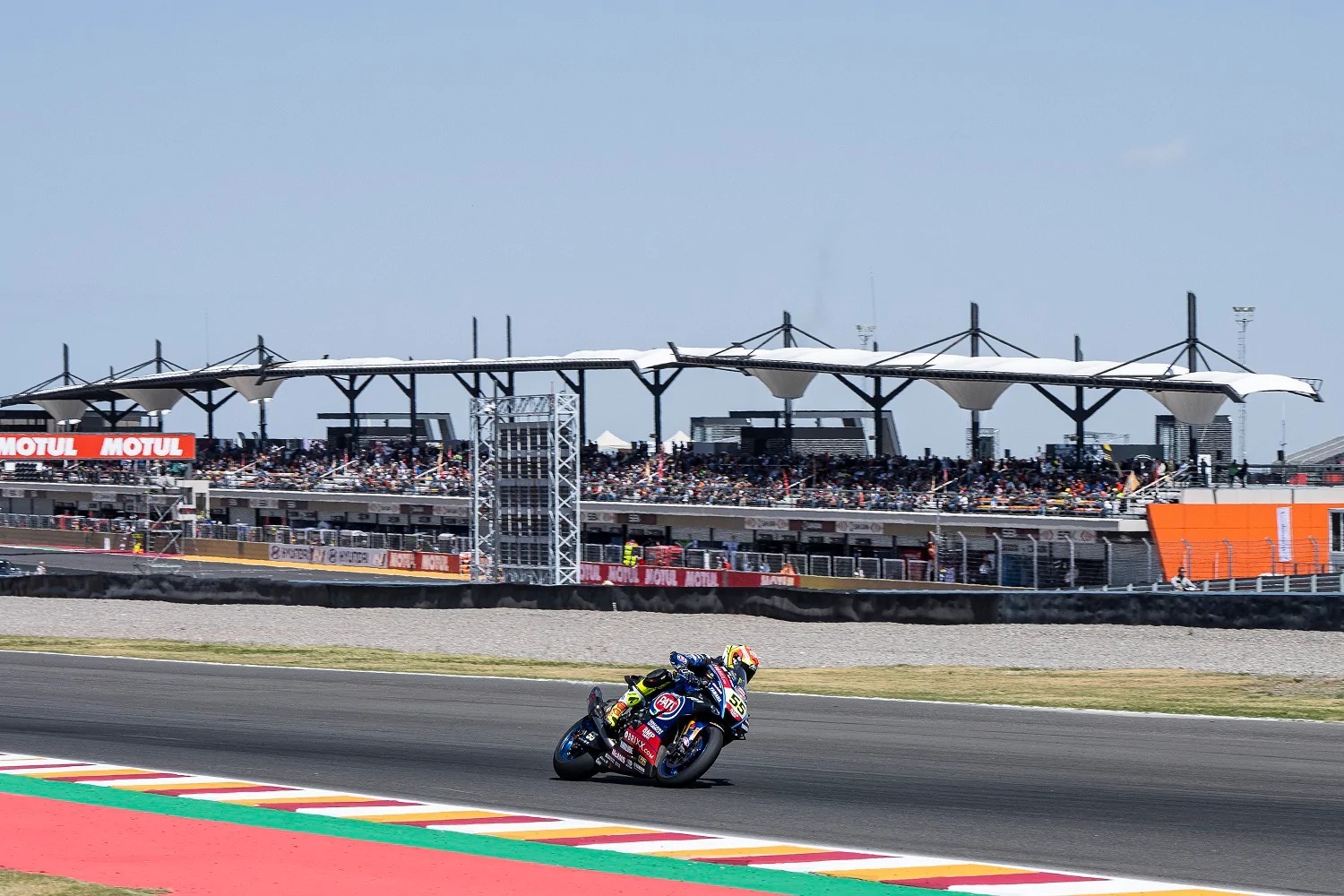 Leading Race 1 from the front, the Turkish ace was under immediate pressure from championship-rival Alvaro Bautista. As Ducati rider rocketed from third to first position on the long back straight and entered Turn 8 in the lead, Razgatlıoğlu tried to respond immediately and made an uncharacteristic mistake attempting to retake the lead into Turn 9. He battled through to take a solitary point for P15 after recovering his extremely damaged R1 WorldSBK from the gravel trap.

“A big mistake for me... but after two years, I think this is normal that one time we have a mistake in a race. I'm very angry for this, because it's just the first lap but I try to pass directly Bautista because he has big advantage in the straight. The race was over very fast for me, but I try to come back again. One point is better than nothing, but normally I try for much more. Anyway, not a good day but tomorrow I try my best. After the crash I try to adapt my bike, because the handlebar was against the frame and there was a lot of damage, screen broken as well. Also not easy riding, you don't feel the bike in the corner. We know Bautista is very strong this weekend and also in Australia, but in Indonesia maybe not such a big advantage. Tomorrow I try again fighting for the win, I know not easy with the long straight but we will see. Now we are working for tomorrow, because we need to improve in some areas. Now I am thinking just for the Superpole Race, it will be hard with everyone pushing but I try my best.”

“The race was really difficult in the first part and also we were a little bit unlucky in qualifying, especially on the second run, so we lost the opportunity to start more in front. I lost position in the first part of the race as well, in the first two or three laps, so I was not able to fight for the top six. Maybe with some better luck I could have stayed with Alex [Lowes], but in any case I think we need to analyse where we can improve. We try to push every time and I am braking so hard to recover, because we continue to lose time, especially in Sector 2 on the straight. Unfortunately, we can do nothing now but we try to improve Sector 1 and Sector 3; Sector 4 has more corners so it's better for us. We need to try make a step to take something for tomorrow. Now we looking forward to Sunday's races here and I will continue to push.”

“Understandably, it's a really disappointing result in Race 1 after an exceptionally good Friday and a brilliant pole position for Toprak. Typically, he never gave up, fought through with a very badly damaged R1 to get one point for P15. His pace, considering the damage to the bike, means that at least we can be positive about trying to fight for the win tomorrow. The crash was an error and in Toprak's case an extremely rare error, but when you are fighting at the absolute limit to win, it can happen. He is not here for P2! Loka had a solid race, though not quite the pace we were expecting, but he improved as the race developed and we expect more from him and his R1 tomorrow.”

Argentina fan-favourite and Pata Yamaha with Brixx WorldSBK rider Toprak Razgatlıoğlu delivered an electrifying Superpole Race victory at the tenth round of the 2022 FIM Superbike World Championship at Circuito San Juan Villicum, followed by another P2 in Race 2.

Of the bumper 78,549 spectator crowd, those chanting “TURCO” were easily the loudest when the Turkish rider entered Parc Ferme after beating Alvaro Bautista (Ducati) in the straight-fight of the 10-lap Superpole Race this morning. In one of the best races of the season, Razgatlıoğlu delivered a crucial overtake at the same corner where he crashed in Race 1 yesterday. The victory marked his 27th for Yamaha in WorldSBK, matching Noriyuki Haga’s record.

Starting Race 2 from pole position again for the third and final time this weekend, the #1 Yamaha WorldSBK rider settled into a calm, strategic pace in the early stages of the 21-lap feature in an effort to conserve tyre life. When Bautista hit the front during Lap 5, Razgatlıoğlu had no choice but to go with him to have a chance to fight for the win. The two made a break from the pack but, even being unbeatable across three of the four circuit sectors, Yamaha’s defending champion missed the win by 3.3 seconds. 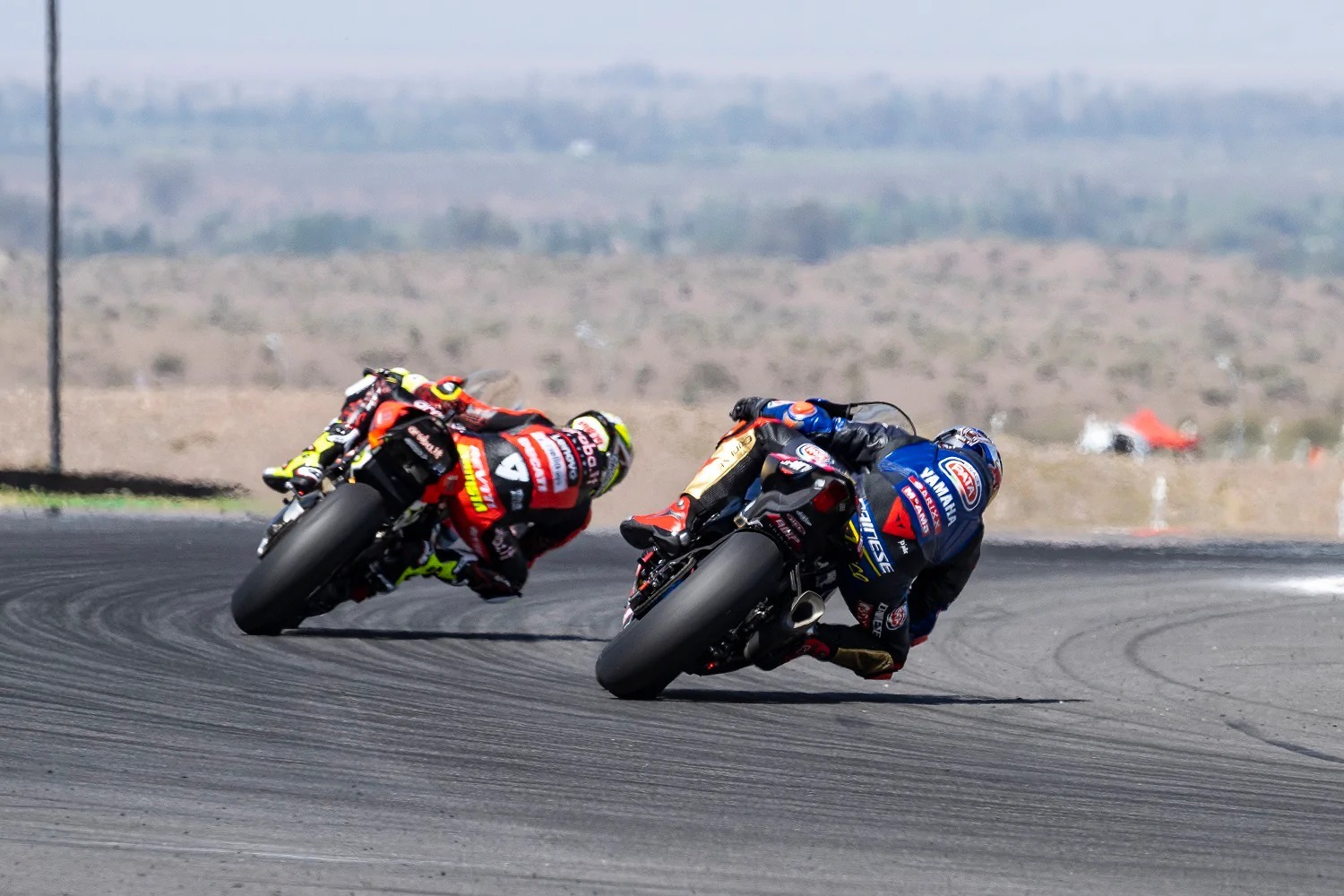 On the other side of the Pata Yamaha with Brixx WorldSBK pit box, Andrea Locatelli completed two further solid races against tough competition at the San Juan venue. From P10 in the Superpole Race, he was forced to restart again from 11th position on the grid for Race 2 but kept a cool head to work away despite the increased track temperatures and finish eighth overall.

Just two rounds remain in the 2022 WorldSBK season: Mandalika on the Indonesian island of Lombok on 11-13 November followed immediately by the season finale at Phillip Island in Australia back-to-back.

“This morning, the Superpole Race for me was unbelievable because I try my best and after yesterday's big mistake, I was feeling good and could take more confidence. For 10 laps you don't need to keep rear tyre, so all laps full gas! I say to my team: ‘I think I can pass Bautista on Turn 9 where I crash yesterday…’ and then I overtake him there in the race! For Race 2, I know not easy race because Alvaro very strong. I keep fighting for the good position, and fighting for the win, but not possible because tyres start to drop in the last six or seven laps. We know Ducati strong in straight, but we are strong in all corners. We lose the advantage but anyway, second position is positive. I am very happy because my team did incredible work this weekend, we improve the bike. The team believe in me always, and after the crash they gave me good motivation for today. Now I look forward to Indonesia and fighting again for the win.”

“This was another strange weekend in the end. The feeling with the bike was not so bad at the start, but we fight with a lot of problems during the last few days. In many sessions, the track temperature was always changing so it was difficult to know what to do to be faster on the bike. We need to look forward and also understand where we need to improve. Anyway, I want to say thanks to the team, because we working hard every weekend. I'm very grateful, and we are looking forward to the last two rounds in Mandalika and Phillip Island. We try to push until the end.”

“A really good day at the office compared to yesterday. Toprak gave everything and more after the error in Race 1, with a stunning Superpole Race victory and a massive effort to finish close to Bautista in Race 2. The team did a great job to give Toprak the confidence he needed to recover from yesterday. There wasn't much we could do in the long race when you consider the difficulty to compete in Sector 2, but the strength of Toprak, our package and his never-give-up attitude across the other three sectors meant we were really close which is encouraging for Mandalika. Loka had a solid day again, with two decent finishes, but it wasn't quite what he was looking for. He rode well in Indonesia last year, so we'll go there with a positive attitude and look for further improvements.”