Toprak Razgatlıoğlu took a sensational second place, while light rain did nothing to dampen the excitement of Race 1 at Autodrom Most at the sixth round of the FIM Superbike World Championship today.

Another record-breaking Superpole qualifying netted P2 and P8 grid positions for Pata Yamaha with Brixx WorldSBK’s riders this morning, and as Razgatlıoğlu got away cleanly from the front row to lead in the opening laps, it was teammate Andrea Locatelli who made the big moves with an explosive start that saw him up to fourth by Turn 2.

A small mistake under braking sent the Italian rider wide across the gravel trap, and he re-joined off line, conceding track position to Axel Bassani (Motocorsa). “Loka” crossed the line to finish sixth place but happy with the feeling on his #55 Yamaha R1 WorldSBK.

Attention was split across the battle at the front of the pack and rain spots appearing on camera lenses around the circuit, with Razgatlıoğlu in a tense fight with Jonathan Rea (Kawasaki) for the lead.

A chasing Alvaro Bautista (Ducati) capitalised on the battle during Lap 10 to snatch the lead and eventual win from his two championship rivals. But, with the race far from over, Razgatlıoğlu scrapped to the very end and, from fourth position, took second-place away from Rea and a resurgent Scott Redding (BMW) in another classic final-lap duel. 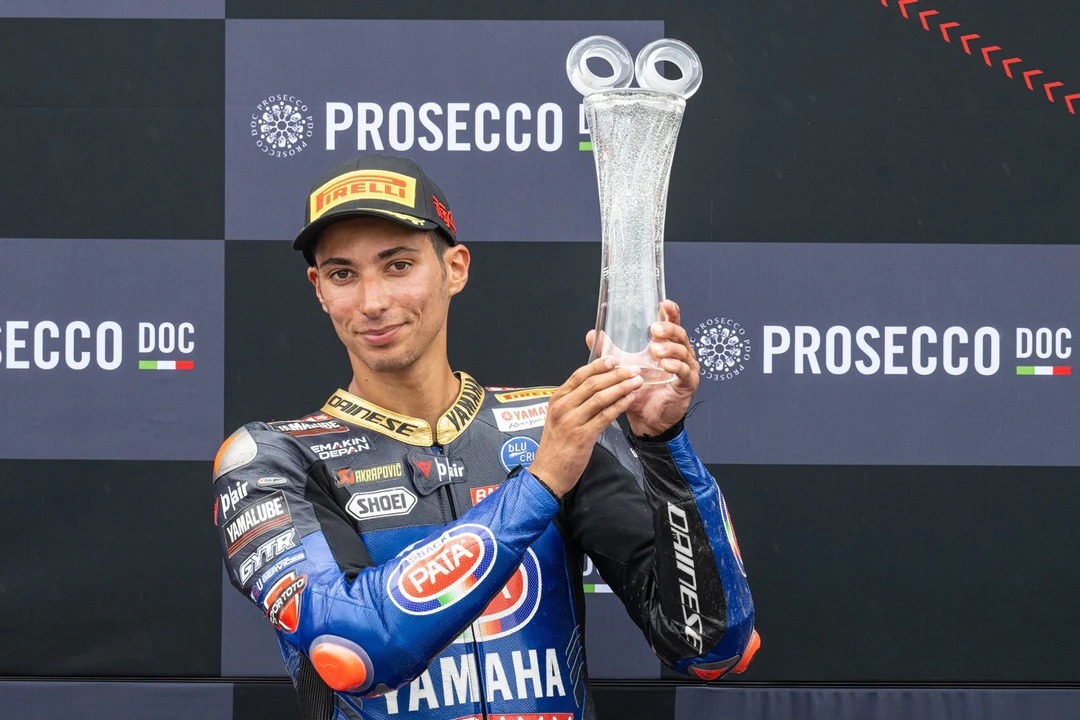 “Today I tried to win, in the first laps I tried to go alone but it was not possible. I kept fighting for a good result and had a good battle in the last laps with Scott, and also earlier with Johnny. I see last sector Scott is really strong and in second sector not really strong, so I know I have just one chance – I try, and I pass him but I almost crash and together we go wide… but anyway we finish on the podium and take good points for the championship. Everybody was a little slower with the rain and I just follow the other riders, but after this the tyre starts to drop and I’m just fighting for good position. I’m happy because second is not bad, but I hope tomorrow we can improve the acceleration, especially out of the final corner, and we are fighting again for the win.”

“It was an “interesting” first part of the race because I overtook four positions, so I was in P4 after the second corner –it was a good start! But I did a small mistake in the braking of corner four and had to cut across the gravel into six, so I went wide and when I returned on to the track I lost position on the racing line, so Redding and Bassani overtook me. In the end, during the race I lost a bit more time from another mistake but I tried to close the gap back to P5 but I was a little bit late. It is a positive race because we took some good points and we understand something for tomorrow. For sure we can improve the bike and in general the feeling is not so bad. I can push during the race and I believe I can do better tomorrow, so this is important for me.” 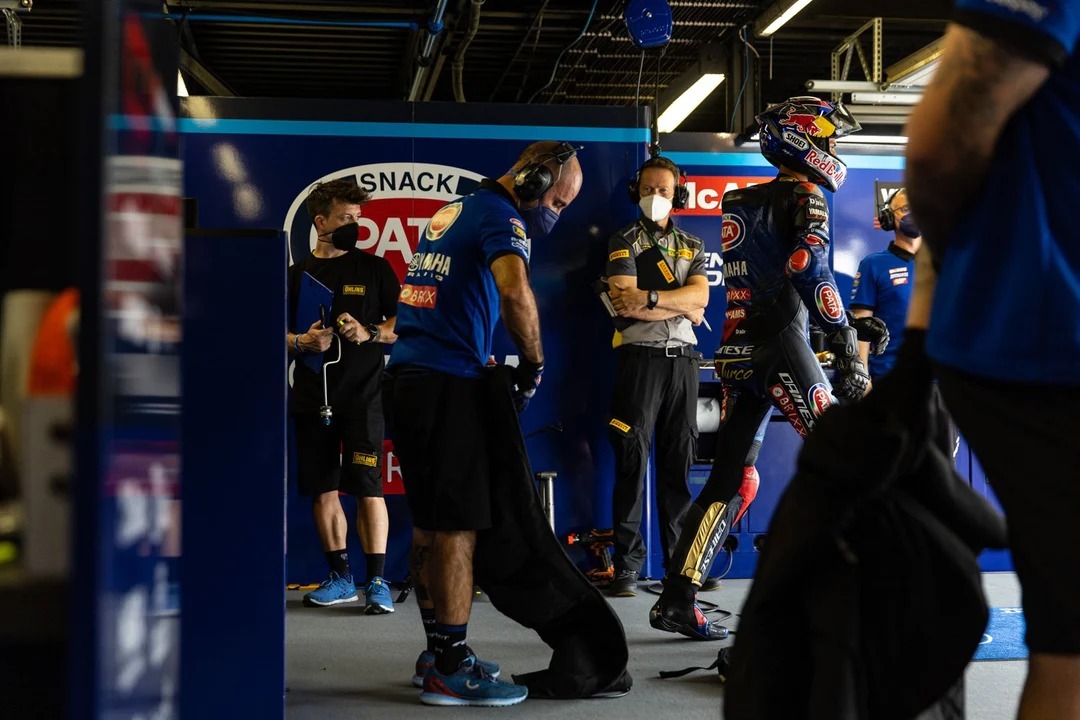 “Changeable weather has made it a challenging day here at Most compared to yesterday, but in the end we can be happy with a massive fight from Toprak to get back second place and a very solid ride by Loka to finish in the top six. The conditions were very different today and we maybe didn’t have quite the same level of performance as FP2, but with better weather expected tomorrow and an opportunity to improve the setting a little bit, I’m confident we can take a small step and be in the fight again for the win.”

Pata Yamaha with Brixx WorldSBK’s Toprak Razgatlıoğlu spectacularly took two absolutely stunning victories from his main championship rivals to sign off the first half of the 2022 FIM Superbike World Championship in style at Most in the Czech Republic today.

It was also an historic day for Yamaha, as the Superpole Race victory became the 100th win in WorldSBK for the Japanese manufacturer. A further victory was added to the tally from Race 2, as the Turkish ace treated fans at the Autodrom to another no-holds barred three-way fight against Alvaro Bautista (Ducati) and Jonathan Rea (Kawasaki). Almost finding “another gear” towards the end, he hit the front for a final time on Lap 17 and, demonstrating unbelievable pace, set the fastest race lap on Lap 20 of 22.

Razgatlıoğlu has now led laps in 15 consecutive races, an outright WorldSBK record, and has crossed the line in the lead 140 times this season to date (ahead of both Bautista on 100 and Rea on 71).

The defending champion has also won six of the last eight WorldSBK races – and today’s performance has allowed Razgatlıoğlu to narrow the deficit to second-placed Rea to just seven points in the Riders’ Championship (26 after the UK Round), and 38 to series leader Bautista. Yamaha and the team have also both overtaken Kawasaki in the Manufacturers’ and Teams’ Standings, but at mid-season the competition remains extremely close.

Contributing to both of the latter statistics is teammate Andrea Locatelli, whose consistency to finish in the top six remains very solid. While disappointed with “only” three P6 results this weekend, “Loka” retains fourth place in the championship and increases the gap to 14 points to the chasing pack.

Next on the calendar for Pata Yamaha with Brixx WorldSBK is a two-day test at Circuit de Barcelona-Catalunya on the weekend of 20-21 August before Razgatlıoğlu and Locatelli join the McAMS Yamaha British Superbike team for a very special guest appearance and demo laps at Cadwell Park in the UK on Monday, 29 August. 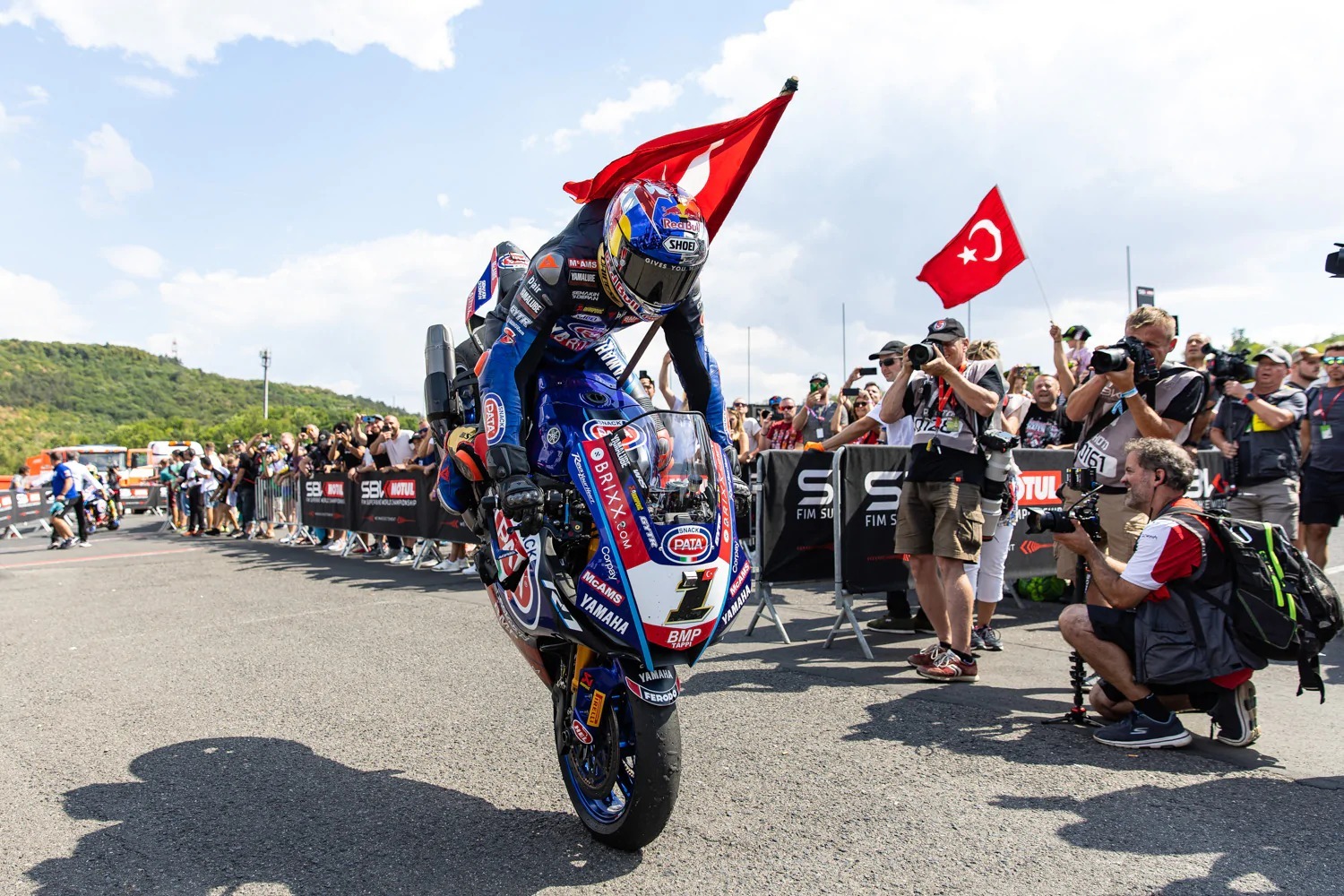 “First, I’m really happy and big thanks to my team – every day we are improving the bike, especially today, because yesterday my big problem was rear grip but today we see a good improvement. We are always fighting to the maximum and I’m really happy for this good weekend! Now we have 101 victories for Yamaha! After Superpole Race, I am feeling the bike is very good, just in last laps the rear tyre had a big drop and then I’m fighting with Johnny for the win. Second race, I take a good pace and after I’m not killing the rear tyre. After some laps, I am riding with Alvaro and Johnny but my feeling is that Alvaro is very fast so I pass Johnny – then fighting with Alvaro which is difficult because he is so fast on the straight but slower in some corners. But I pass him and then ride much better, the feeling is more relaxed and I see very good lap times! I’m not looking at the championship, just focus race by race. Important for me, many wins and I am just focused on this. I think this is very good motivation because every race I am fighting for the win. Today was very good, I enjoyed the races a lot!” 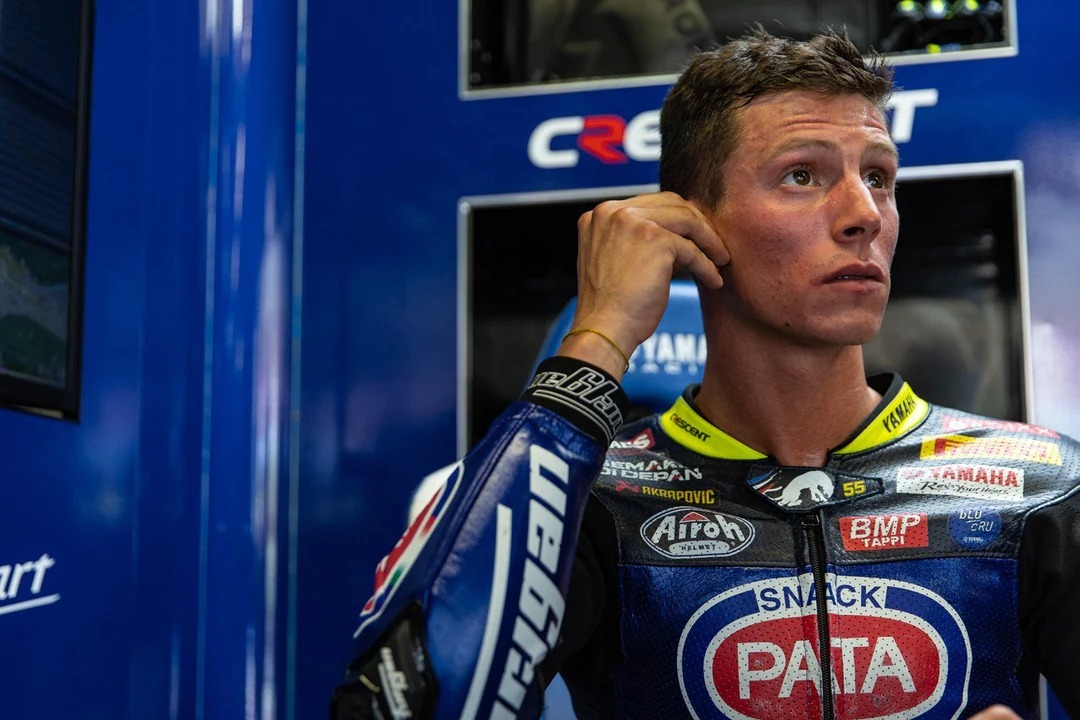 “We improved a little bit in respect to the last race, but the expectation was higher for me when we arrived here because I remember last year was better – so I am a bit sad because I want more. It was another difficult weekend in the end because we don’t have the good results, just the P6. We need to check the data to understand what we can do and also what I can do. Now we have one month for the break and we have time to understand everything and to restart for Magny-Cours because it’s important for the championship and to try to get good results. Honda and BMW are coming, so we need to improve to stay in front. We are ready for this, we are here for it – it is our job. I want to improve, to close the gap to the top three and have the opportunity to get some podiums.” 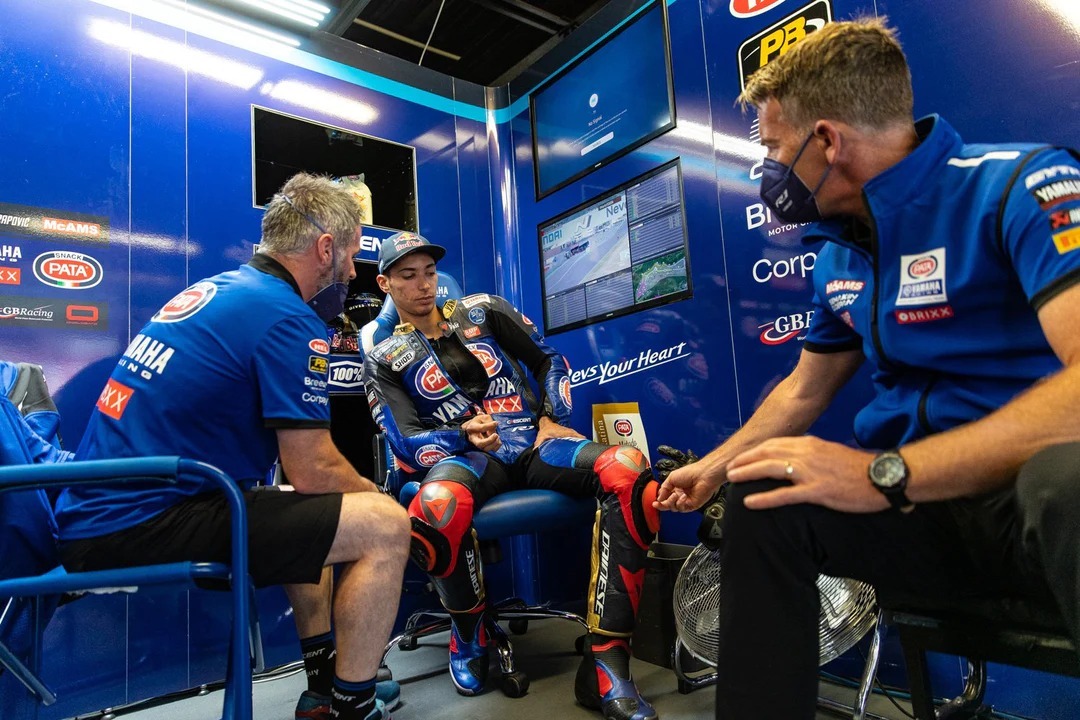 “It’s becoming difficult to know how to sum up some of Toprak’s recent performances, but today saw two more nerve-wracking races, and an absolutely thrilling spectacle for anyone watching – if a little bit stressful if you’re part of the Pata Yamaha with Brixx crew! I can only say massive congratulations not only to Toprak, but also to the whole team and Yamaha’s engineers for continuing to make sure he had a better package every time he took to the race track, which is the key in allowing him to take the step in confidence and performance we saw today. Toprak was ably backed up by two more very solid races from Loka, consistently top six in all three races here in Most. He wants more, and we all believe he is capable of delivering more, so we will look to help him take more confidence in what he can achieve when we test in Barcelona towards the end of August.”